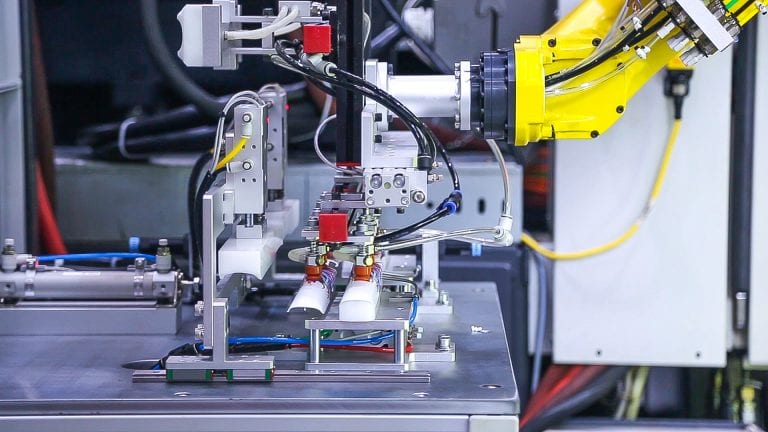 Rosti China has installed a new IMD (In Mould Decoration) manufacturing cell in 2016 for one of its long standing customers, a well renowned Personal Care brand, in time for its Spring and Summer 2017 promotions and was continued for the Christmas 2017 promotions. Rosti China are now working on a new IMD appliance for the mid-2018 promotion.

IMD has been very well received by both Rosti’s customer and the end consumers; it achieves an increased level of cosmetic design not possible with conventional painting/plating processing, and an added brand protection due to the complexity of the process. Overall, a significant increase in Rosti’s value proposition.

The IMD project was first managed by Rosti’s Innovation team in the China facility as a technical feasibility project due to the complexity of the geometry of the IMD decoration. IMD designs are predominately used in flat geometries, however these parts are very complex 3D components, with a stretch ratio in excess of 45%. The market leaders in IMD were approached for foil development, but they declined to take part in this project due to the difficult geometry. Rosti worked with a number of other foil development partners who were prepared to take this innovative challenge.

The foil is managed reel-to reel, in the flat form, and indexed through the moving half of the tool and formed into the cavity. A finishing cell has been designed with 6-axis robot to put the finishing touches to the part and a complete the hardening process.

This is a true innovative development, from concept to reality, by the Rosti China team, and the feedback from Rosti’s customer and all involved in the supply chain have been extremely positive. The CEO of our foil supplier has been quoted:

“this achievement in developing this into reality would have never been achieved with any other supplier in Germany; the Rosti innovation team was the secret to this success”. 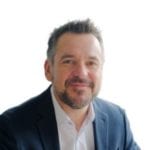 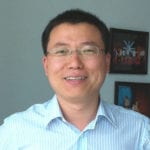 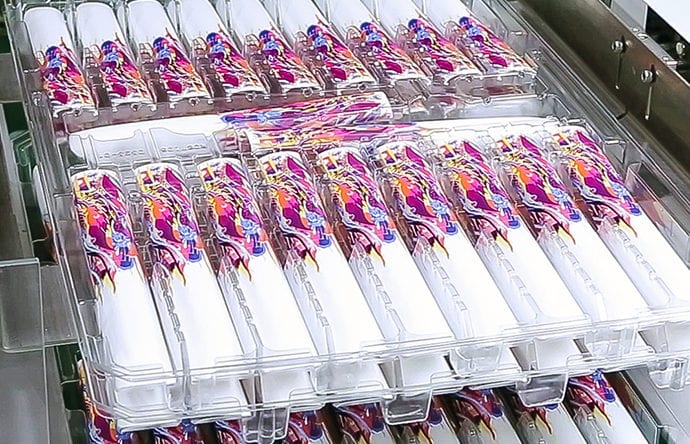 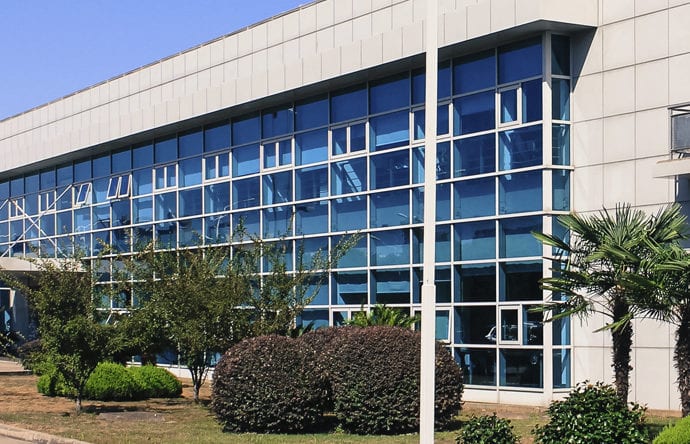 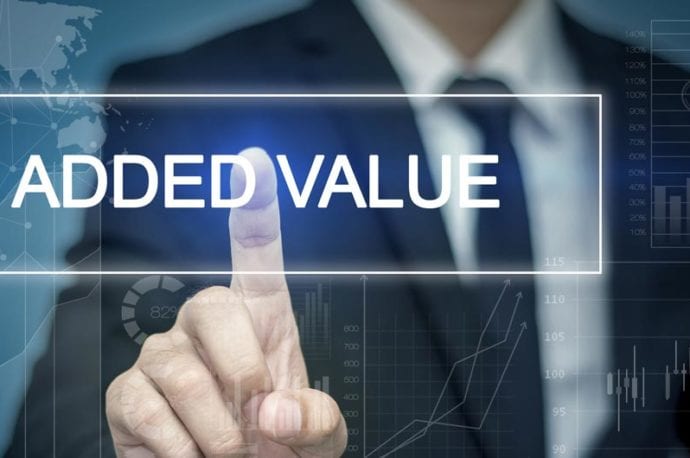 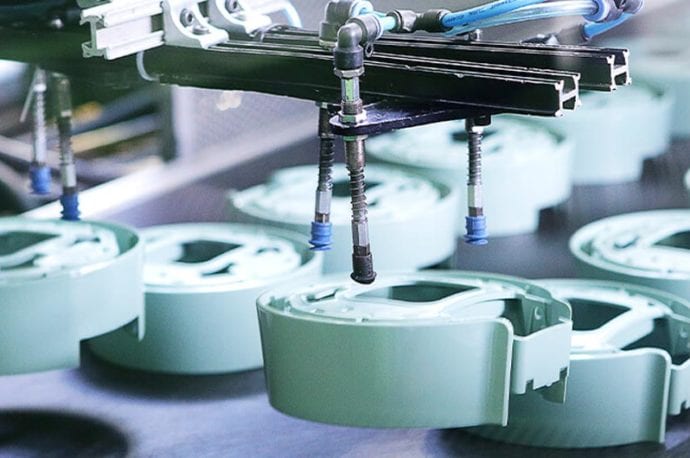